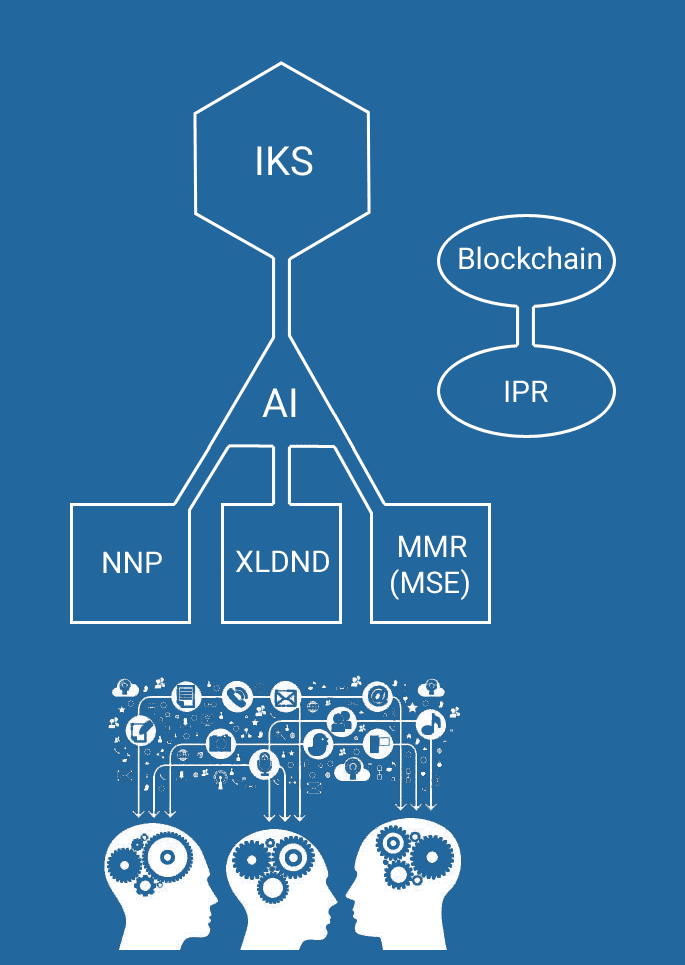 Babel Jumper’s commercial project is based on the integration in a single system of the three technologies described below. Thai is made possible by the implementation of a unifying software (kernel), that concretely realizes what Giano has been designing since the beginning of the millennium, when in Lisbon it was officially enunciated by the member countries of the European Union the principles which gave the “knowledge” the destinies of economic development.

New criteria for cataloging, storing and distributing textual contents, as shown in the resident data base and on the Web, through the use of the Search Meta-engine, enables the user to draw on the “static sources” of knowledge, while the daily update of the information coming from “Certified dynamic sources” enriches the knowledge baggage for any of the subjects of interest.

The development of infrastructural software, user interfaces, definition of the semantic contexts (or linguistic domains) and development of the languages will be entrusted to Giano’s historical project team, while Babel Jumper will manage the whole system as an efficient company organization.

Main markets our technologies are addressed to are several:

The involvement of publishing houses of newspapers and publishers of magazines and specialized periodicals will be done through agreements among them and Babel Jumper as well as with research institutions, university libraries and schools.

The adoption of block-chain technology, together with the fractional distribution of editorial content will extend the market to publishers in each country, while the metalinguistic semantic and collaborative feature of the Meta-engine opens up new perspectives to all advertisers.

The aim of the project is to make available on the IT market the most modern methods – in particular in the field of computational linguistics and artificial intelligence – at the service of the dissemination of knowledge and, specifically, to fight against fake news.

In addition to allowing innovations in the fields mentioned above, it supports and could replace the entire production-distribution chain of editorial products from the moment the author begins to record its creation on a support, all the way to the final consumer.

It is composed of:

Giano designed and protected with copyright a process able to catalog, archiving and web distributing of textual, musical photographic and graphic publishing content for students (high school and university), as well as the world of Professionals workers and researchers. Concerning other editorial expressions, the peculiarity of the NNP is to use block chain technology to manage intellectual property rights.

Another NNP feature is the availability to distribute editorial contents in a fractional way (i.e. individual chapters, music tracks individual reproductions of works belonging to the same author and collected in the same folder), and to make possible – even for textual ones – the collective management of the editions rights and copyrights through their parametrization based on the number of the words contained in the downloaded files.

This feature automatically contrasts the problem of illegal download, whose annual turnover – according to the Italian Association of Publishers – is equal to the sale value of books.

The New Net Publishing process allows to purchase content on any media in a fractional way, including the paper support that is certainly more appreciated from older generations and the students.

Thanks to the semantic analysis system and crosslanguage interconnection made possible by the Artificial Intelligence of the Kernel, all these performances are enriched by the possibility of

A process to produce, catalogue and fractionally sell on demand published material

It was designed in collaboration with the Institute of Computational Linguistics of the C.N.R. of Pisa and other important European research centers connected to their respective universities.

It has peculiarities that substantially differentiate it from all the major generalist search engines and existing thematic portals as:

It’s a news aggregator that presents a list of news taken from some of the main newspapers of the countries where the primary language of the user is spoken, grouped by topic or “column”

The list then shows the same news, sorted by language and heading, in all the languages ​​known to the system.

The presentation is done through a title and a “catenaccio” in the user’s language.

The title is presented in both the original language and translated, while the “catenaccio” only in translation.

Next to each item of the list there is a direct link to the pages of the chosen newspapers or periodicals.

It is possible, in addition to this kind of daily lists, to have lists by author and by heading, with a standard duration of one week, or coverage with or without archive search on a particular news or topic, with or without the ongoing screening during a certain amount of time after the request took place.

An application that allows to extract from several worldwide newspapers all the articles matching with the same topic in different languages, previously learned by the system

This technology finds expression in those service providers that we have called Kernel.

This subsystem has evolved over time to the neural network architecture that simulates the way in which the brain and central nervous system learn, connect and store the information they are responsible for.

With its application, the performances of the three-user-interfaces addressed to the widest audience, become possible.

This enabling technology brought together three previous technologies and became known to the general public when the first cryptocurrency (Bitcoin) was created.

Moreover, it found practical application in the economic world when it made possible, in 2017, through the permissioned Ethereum network, the management of encrypted bilateral standard contracts (smart contracts) which are unalterable by their nature, and automatically executable when certain conditions occur, transforming them first into computer programs, then into blocks of encrypted and non-decipherable data which are only executable.

Our system uses this technology to allow individual bargaining and collective management of copyright, edition and reproduction rights (copyright).

The IKS project integrates a fourth to the other three interfaces which:

This website uses cookies to improve your experience while you navigate through the website. Out of these, the cookies that are categorized as necessary are stored on your browser as they are essential for the working of basic functionalities of the website. We also use third-party cookies that help us analyze and understand how you use this website. These cookies will be stored in your browser only with your consent. You also have the option to opt-out of these cookies. But opting out of some of these cookies may affect your browsing experience.
Necessary Always Enabled
Necessary cookies are absolutely essential for the website to function properly. This category only includes cookies that ensures basic functionalities and security features of the website. These cookies do not store any personal information.
Non-necessary
Any cookies that may not be particularly necessary for the website to function and is used specifically to collect user personal data via analytics, ads, other embedded contents are termed as non-necessary cookies. It is mandatory to procure user consent prior to running these cookies on your website.
SAVE & ACCEPT